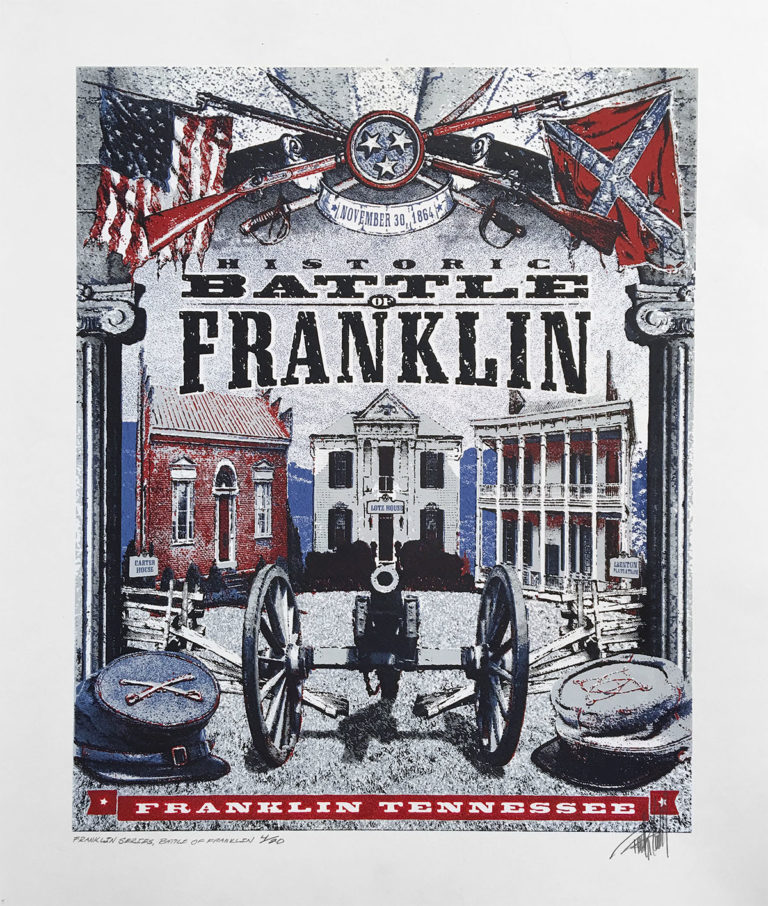 FROM THE FRANKLIN SERIES

This ongoing series commemorates the sites and scenes of Franklin, Tennessee, the beautiful and historic town where I live and work. The Battle of Franklin was the bloodiest of the Civil War. The three homes featured in the piece, the Carter House, the Lotz House and Carnton Plantation still stand today and offer educational tours. The rifles, uniform hats, swords and flags are also historically accurate representations.

In 2014, a special, commemorative poster of this piece was produced in a limited edition for the 150th anniversary of the battle, signed and numbered and sold at Carnton Plantation.

Each of the four color separations in the original piece, were drawn in pen and ink on rag vellum and were used to burn stencils using the photographic process. 20 editions were hand-pulled by the artist.