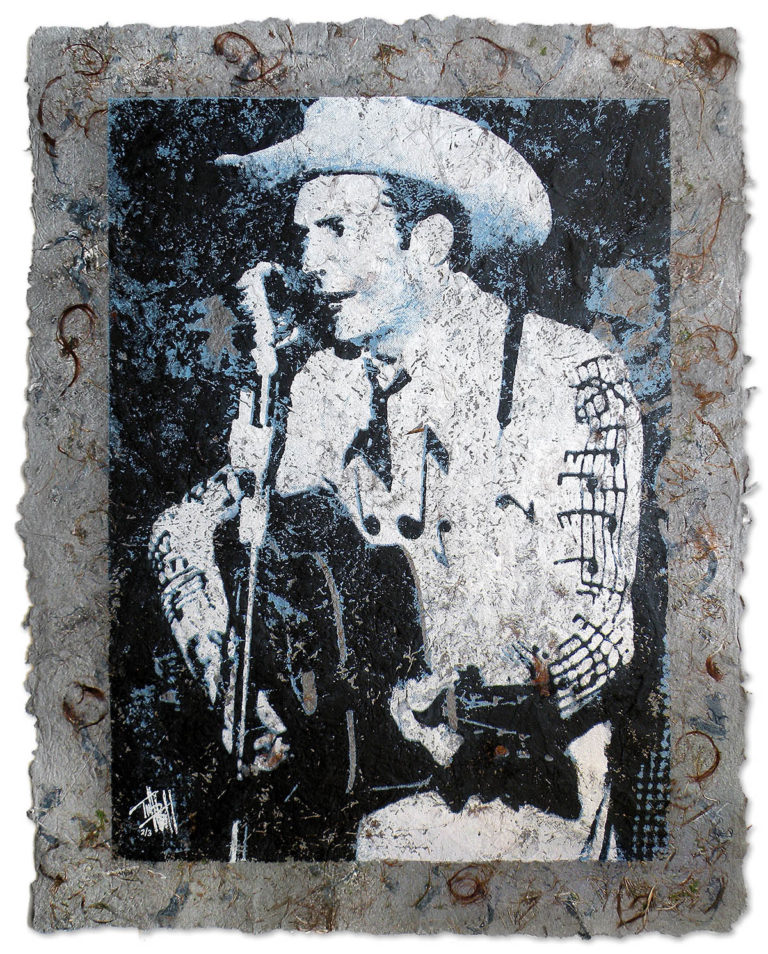 THE MY FAVORITE THINGS SERIES

Hank is widely known as “The King Of Country Music.” His impact is evident not only in country and is still recognized across a plethora of other musical genres.

I met Hank through my dad. On long trips, he would sing Hank’s songs between the time one AM station faded out and another came in-range. I came to know the music well, but not as Hank sang it, but as my father did. Dad had a good voice and could match Hank, yodel-for yodel, whine for whine and would even deliver his recitations as “Luke the Drifter” could only do. I lost my dad a few years ago and whenever I listen to Hank, I always hear dad singing along.

The paper in this piece is made from shredded Baptist Hymnals since his mother was the church organist. Hank would sit next to her as she played. This set the stage for Hank’s early appreciation of music. Represented by the scraps of denim and blue jeans, his music was written for the working class. The grass and turf from his grave are included as a personal and reverent tribute to his legacy. Lastly, the locks of red hair are imbedded because he was married twice, each were redheads.