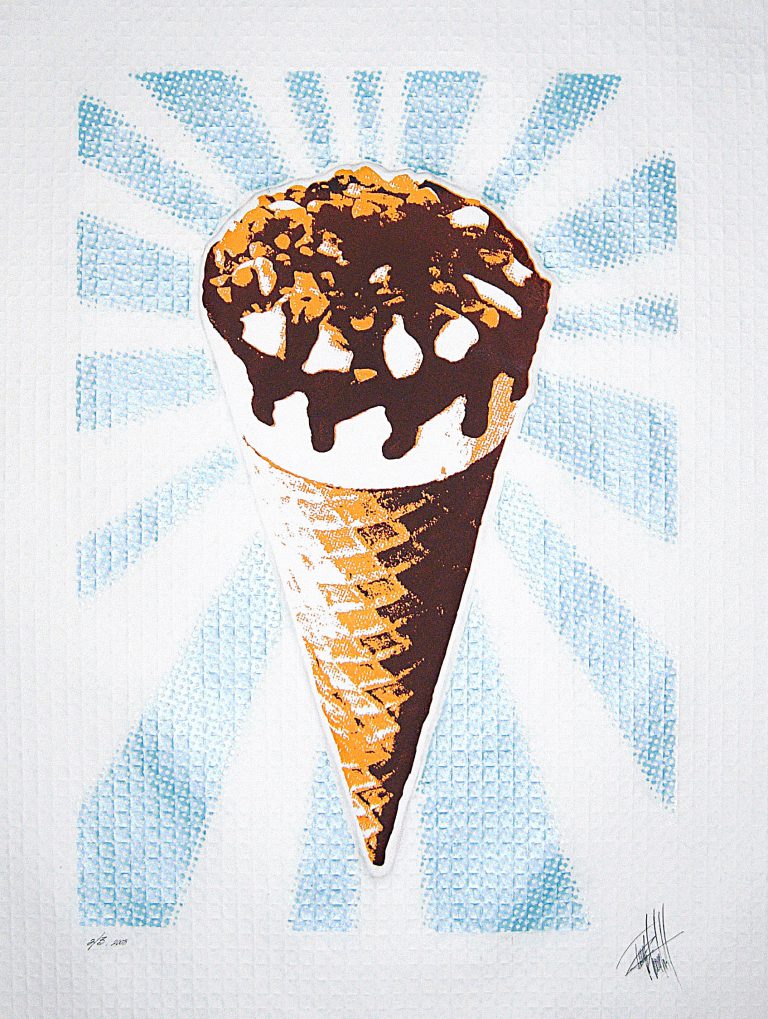 THE MY FAVORITE THINGS SERIES

The Nutty Buddy. The perfect treat for anyone with a sweet-tooth in need of a cool-down on those hot summer nights in South Mississippi. That’s what I’m reminded of and why the Nutty Buddy was the second piece developed for the My Favorite Things Art Series back in 2008.

The image was taken from the original Nutty Buddy advertising, isolated, enlarged and color separated into 2-colors. The third color in the background is a custom-mixed, metallic blue starburst with clear, iridescent overlay which features this tasty treat as if it were handed down directly from the gods (which it was).

When I first publicly displayed this piece, it was a part of a collective art showing. There was a little girl at the gallery who just squealed with delight when I walked in with it. “Look Mommy, Ice Cream! And it’s SPARKLEY!” I’ll never get a better critical review as along as I live.

The paper was hand-embossed after printed to further feature the cone, raised from the surface and to apply a waffle-cone texture, permanently into the paper.

3 editions were hand-pulled and embossed by the artist.