The Truth is. Really… It is.

LATELY, THERE’S BEEN MORE THAN A BIT OF CONFUSION ABOUT THE TRUTH.

I’m not talking about REAL Truth, but what many have come to believe to be the real truth. This single discrepancy, between what is truly true and what we believe too be true, may be the most potentially dangerous and egregious error in the history of mankind. I also believe that unless we overcome this obstacle of the mind, and correct the way we think about thinking, we will never rise to our potential as a human race. Unless we do this, we will continually be dragged down and tied in the mire of self-imposed delusion. We’re all guilty. But we can change. We can do better. We have to.

We’re social creatures. We just are. And as social creatures, we all want similar things; to be wanted, liked, included and generally appreciated for what we contribute, and for who we are as people. We can’t help it either. Our brains are literally hard-wired for connection with others, which is why we consider it part of our human nature. We also have a preference. We prefer our connections with others to be positive, affirming, pleasant and even pleasurable. We all know this. We all accept this. We also know that this isn’t always the case, right?

So, since we’re all human, and we’re all similarly wired for connection, and we all basically prefer the same type of interactions with one another, then why is it that many of our interactions are crap? Well, I know the answer. And guess what? You probably know the answer too. The reason is because of what we think, what we choose to believe, and most importantly, that we believe our thoughts and beliefs to be true. Even if they aren’t. Read that last bit again. It’s important. Print it out. Put it on the fridge. Tape it to your forehead. It’s important.

In a single moment, we immediately react poorly if someone cuts us off in traffic. In an instant, we believe we are in danger (although we all have reflexes and brakes). We then believe it was deliberate (although intentionally threatening another unprovoked is extremely rare behavior). And most importantly, we convince ourselves that what we believe about the other driver is true. It’s in this exact moment, when we accept our beliefs to be true, we start plotting our retaliation and we react. After all, we’re justified! Right?

Well, hold on there. What if none of it is true? Maybe this driver made a mistake, didn’t see us, has to go to the bathroom or maybe they accidentally just did go to the bathroom, whatever… The point here is, and the truth is, you don’t really know. So why believe a story you just made up? The story we tell ourselves is usually markedly worse than what’s even most likely. So, we just got all upset and flipped someone off in traffic, over a story largely made up in our own heads. I say “we,” because I do it too. We all do it to some extent. And that’s the trouble. That’s the reason we don’t get the kind of relationships we want. Yeah. It’s our own fault, but that’s ok. It’s an easy fix.

However, what matters a great deal is when we think our thoughts actually mean something. The meanings we give our thoughts are called “Beliefs.” Be extra careful which thoughts you allow to grow-up to become beliefs, because full-grown beliefs are difficult to un-believe once you believe them. This is called “brain-glitch,” when thoughts we haven’t given much thought become beliefs. And this often happens without our permission or even realizing it.

We all have brain-glitch, and it causes all sorts of problems because it’s these beliefs that will ultimately determine our capacity to love, if we are loved in return, how we respond to others and in-turn, how they will respond to us. A darker, more serious side-affect of brain-glitch is that fully-grown beliefs have a sneaky way of just automatically deciding one day that they are no longer simple, personal beliefs, but truth. Just like that, one day we wake up and there’s another random belief, sitting atop the pillar of truth, having its cake and eating it too. Left unchecked, these self-appointed beliefs masquerading as bedrock truths will disease the mind, cloud perception and cause you to not be invited back to nice places anymore.

So, keep your beliefs in-check and make sure to keep them off the pillar of truth. All full-grown beliefs aspire to become truths, just like all actors secretly want to become producers of their own black-and-white film someday. In both cases, we just can’t allow this to happen. Just because we believe something, no matter how strongly we believe it, it still doesn’t make it true, even if we think it’s true. See, truth doesn’t work like that. At least not real truth. And it’s not that hard to tell the difference.

SO WHAT’S THE REAL TRUTH

Real truth is boring. Nobody ever talks about the truth. Real truth is automatically understood and experienced by everyone. It’s like gravity. My experience of gravity is the same as yours. No need to discuss. No one ever walks up and asks “how is gravity is treating you today?” Real Truth is the same. It’s not subjective. If you are debating or arguing, it’s unlikely you are discussing truth, but belief. Even 19th-century physicist Ludwig Boltzmann argued that science doesn’t even give us absolute truth. It gives us representations, or models, each of which is necessarily limited, so we can never be sure that any given model is true. And there’s truth to that.

Also, there is no such thing as a “personal truth.” These are just beliefs that refuse to be fact-checked. They hide behind the “personal” prefix because the owner hasn’t dragged them off the pillar of truth for further examination for some personal reason. And there’s always a reason. Let’s not forget that at one time, there were only a handful of people on the globe who knew it wasn’t flat. So let’s not hooey-around with what we call “truth.” Especially today, when it’s becoming increasingly difficult to discern who to believe and who’s full of it. Let’s reserve the term “Truth” for the collective knowledge and ideals that continue to serve as the foundation for the future of the human race, shall we? Please?

Honestly, believe whatever you wish, but always try and stop-short of the assertion (or assumption) of truth. Instead, try and adopt a policy of ongoing curiosity about your beliefs. After all, curiosity is the proper (and honest) response to things we don’t understand yet. An added benefit of the curious approach is it actually short-circuits the fight-or-flight response in difficult situations and allows us to relax.

99 PERCENT OF EVERYTHING WE THINK IS BELIEF.

Opinion is belief wearing a top hat. You can argue with it, but you know it won’t do any good. Feelings are beliefs aimed inward. Judgements are beliefs, aimed outward. Revelation is belief that happens internally. Perception is belief as viewed through a filter. And faith is the ways and means by which we collectively convince ourselves that our beliefs are actually truth. Faith is usually called-for for someone else’s benefit, but they tell you what happens after you die. So, call it whatever you wish, but it’s still belief. And believe whatever you wish, but there is difference between belief and truth.

And I believe there is wisdom (and hope) in knowing the difference. 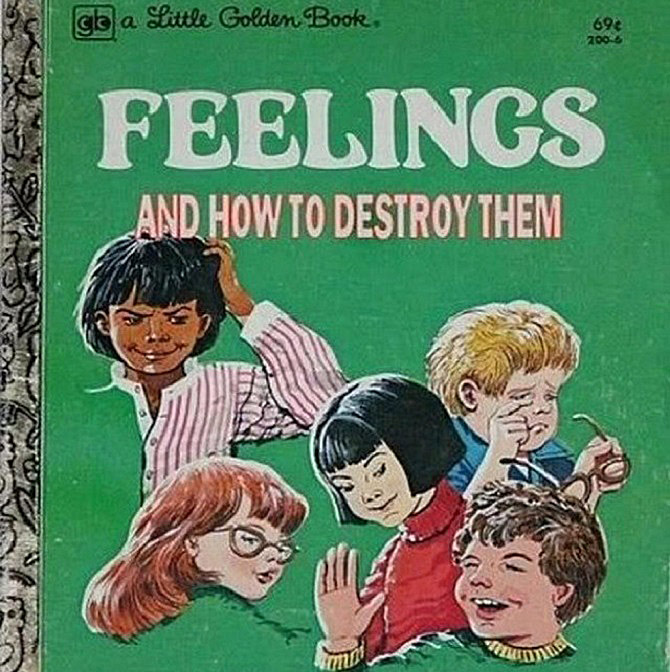 This just in: It doesn’t matter how you feel.

Good, bad and everywhere in-between, like it or not, we all have feelings.  When we’re feeling good, when we’re happy, contented, well-fed and aren’t worried 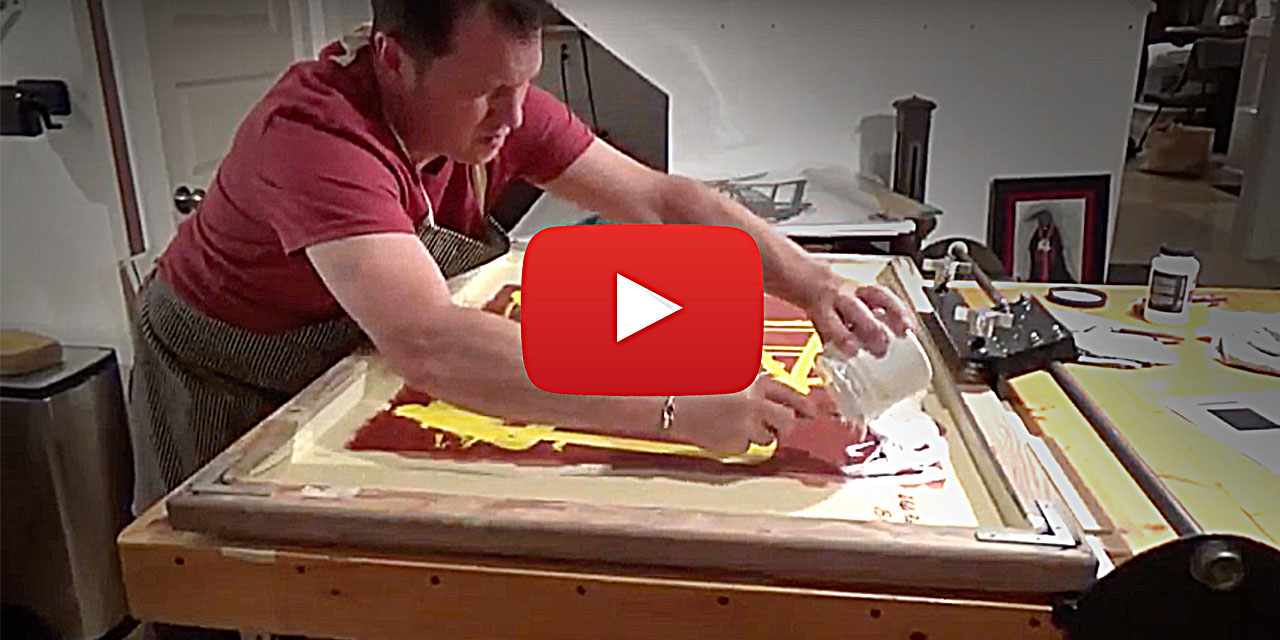 Video: The Making of “The Risk of Security”

http://www.youtube.com/watch?v=CXYNcRWndeY The Risk of Security is a 36×40-inch, 32-color Serigraph print on hand-tinted wood panel. The 32 colors in this print were produced using a single screen and the reductive process. 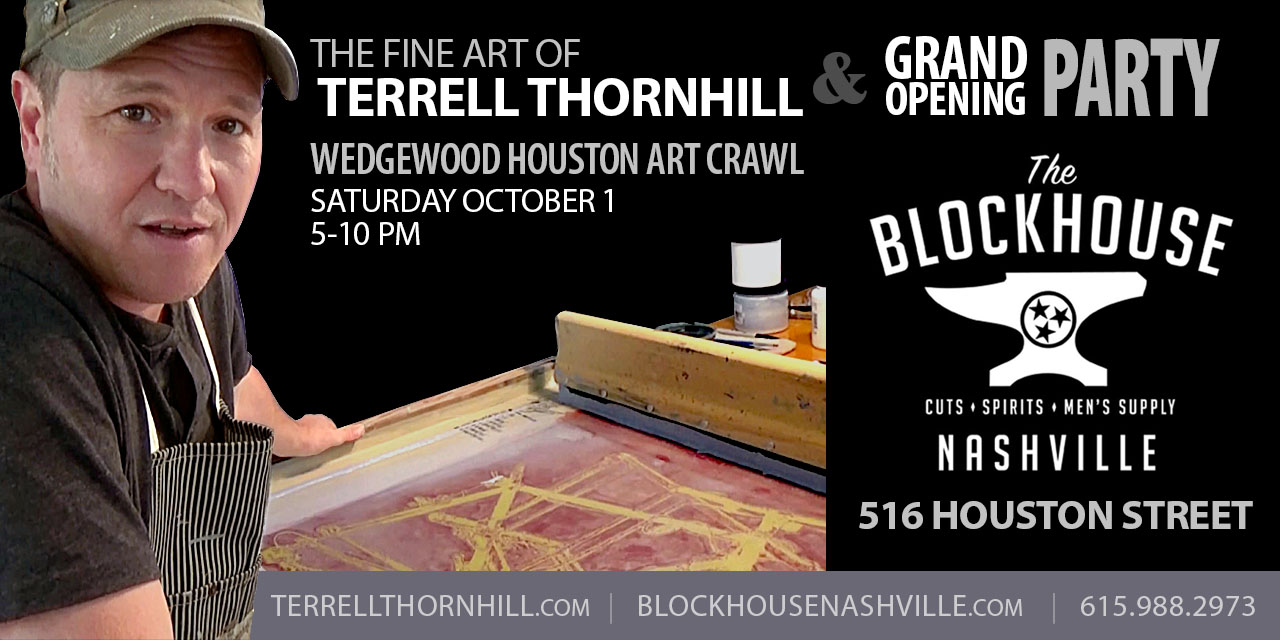 TheBlockhouse is Nashville’s premier full service Bar & Barbershop in the, Wedgwood Houston area. Saturday, October 1, They will be hosting a Grand Opening Party and